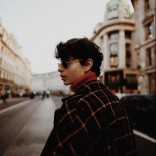 The recent YouTube ‘beauty’ community drama involving beauty influencers Tati Westbrook, James Charles and Jeffree Star has left us all shook. By now, we have all been reminded that it’s inner beauty which ultimately matters and that what we see on the Internet might be pretty different from what actually happens behind the scenes. Throughout the past year, the “beauty” community has faced one of the biggest scandals in YouTube’s history – and we think it’s safe to say that it’s nowhere near over…

It all began in the spring of 2019, when beauty guru Westbrook posted her now-deleted notorious 43-minute video titled “Bye, Sister”, accusing fellow YouTuber Charles of betrayal, being a sexual predator, and using his fame and power to manipulate different guys in his life. Then hell was awakened… Charles lost nearly 3 million subscribers after Tati’s allegations – OMG!

Charles himself mentioned that the feud has affected his mental health immensely, as his mind went to a “very dark place” he thought he might not get out of. He praised his amazing family and friends for helping him get through it all.

Charles also released a response video called “No More Lies”, where he addressed Westbrook’s allegations and brought enough proofs and receipts to turn the community back on his side – or at least to make us all wonder whether Westbrook was truly honest in her “Bye, sister” video.

This is an issue of the past, isn’t it? Some of us thought the drama ended when 2019 ended, looking forward to a drama-free 2020. However, more than a year later, amidst the COVID-19 pandemic and another YouTube drama featuring Jeffree Star & Shane Dawson, Westbrook blows the Internet once again with her new video “Breaking My Silence” which gained almost 10.5 million views within two weeks.

In this one, a crying Westbrook makes it pretty clear that she is really sorry and that she was influenced and fooled by Star and Dawson to believe all the “bad things” she said about Charles – wait, what?!

Westbrook also mentioned that Charles volunteered to be by her side and appear in her video, however she refused – so it seems that the two of them are in good terms now…

Charles hasn’t really discussed much on Tati’s new video, stating that he does not want to address any of this drama anymore – and we feel him! Dawson went live on Instagram following Westbrook’s video, telling his 11 million followers that she is fake crying and that most of the things she said are not true.

Two weeks have passed since she uploaded her video and Star has yet to publicly talk about any of this. Giant beauty retailer Morphe just announced they are separating from Star completely, breaking all collaborations and involvement with him following this drama… wow!

Star seems unbothered though – the beauty influencer has just released new make-up, as new claims against him are coming out and people on the Internet are questioning his true intentions every single day. Many fans have asked Star to stop ‘hiding’ and start addressing his fellow YouTubers’ statements: “speak up about what really matters first, Jeffree”, “trying to sell something when your friend is going to hell”, “where is Jeffree?” were some of the comments left on the @jeffreestarcosmetics Instagram page.

We’re not sure what’s going to happen… but we’re aware that 2020 is not as drama-free as we thought!

This article was written by Leonardo Zor, the Managing Editor here at The A-Z Bible. 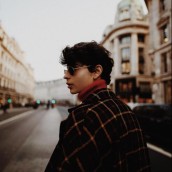