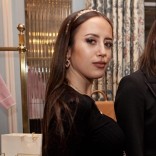 ”Holly Golightly’‘! Don’t you automatically think about Audrey Hepburn in the film Breakfast at Tiffany’s when you hear ”Little Black Dress”?

It is clear that she epitomised the standard of wearing black dresses but it turns out that this simple ,yet elegant essential ”must have” wardrobe piece origins take us back to the 16th Century.

It turns out that the black colour connoted different messages through out centuries and decades. In the early 16th century it represented wealth among aristocrats, it was considered and perceived as a very expensive colour, given that it’s production required ”imported oak apples”.

In contrast, in the 18th century; black coloured clothing was adopted by the ”Romantics” and signified romance and poetry, which is where Dolce & Gabbana takes its inspiration from.

In the 1920’s, it was introduced by Coco Chanel who intended to create a versatile, accessible and feminine garment that could be used for any occasion which would blend sensuality, self confidence and elegance. Taking inspiration from the Georgian and Victorian eras; when of course, women wore black dresses but they were used for more religious and traditional events. Throughout the years, the dress has been adopting different shapes such as; from the classic long pencil skirt to the extra mini dress as, Victoria Beckham wore as ”Posh Spice”.

In 1926, American Vogue published Chanel’s very first ”LBD” sketch. It had long sleeves and was accessorised with a string of pearls, showing that it was simple and versatile which could be worn as a ”uniform” during the daytime as a business wear and as well as an evening cocktail dress to attend to a formal event. It all depends on the accessories that you use to combine it with.

In summary, the ”LBD” is an statement, classic, must have piece which has preserved it’s elegance and let’s be honest, will always do.

The A-Z Bible has compiled the most iconic ”LBD” moments just for you.

This article was written by Claudia Villarrubia, the Chief Creative Officer here at The A-Z Bible. 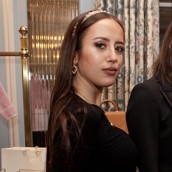 ”Belt It, Cross It, Clutch It” These Bags Will Transform Your Wardrobe.