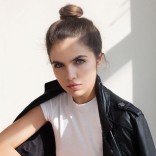 Exclusive: Meet Kori Samspon, The ”Too Hot To Handle” Instagram Model You Wish You Could Handle

Upper East Siders, your scandalous life is hunted again! A reboot of the glamourous all-time-favorite show will launch on the upcoming streaming service HBO Max with 10 episodes, showing a new generation of rich and famous prep-school teens.

“Eight years after the original website went dark, a new generation of New York private school teens are introduced to the social surveillance of Gossip Girl. The prestige series will address just how much social media—and the landscape of New York itself—has changed in the intervening years.” the upcoming description of the series says.

Kristen Bell continues to be the voice of Gossip Girl!

And the best news of all is that original cast member Kristen Bell is already on board. According to The Hollywood Reporter, after months of negotiations, The Good Place star has signed on to narrate the new series. When previously asked if she’d be reprising her role, Bell stayed perfectly in character, telling E!: ‘Maybe, I’ll never tell.’

‘Kristen Bell has always been and will always be the voice of Gossip Girl,’ producers said in a statement. Would you even imagine another voice ending the episode with the famous statement ‘Xoxo, Gossip Girl’?! Exactly! Us neither.

But what about the rest of the cast?

With previous acting credits including Revenge (young Amanda Clarke) and Stephen King’s 2019 horror Doctor Sleep, Lind is taking on the lead role of Aubrey. She ‘is in a long-term relationship and is beginning to wonder what else might be out there’, according to The Hollywood Reporter.

The other character descriptions have been kept under wraps according to reports but the names of the actors playing the lead ensemble have been revealed.

On March 11, a few more names were added to the cast: Thomas Doherty, Adam Chanler-Berat, Tavi Gevinson, and Zion Moreno.

Will the original cast return?

We already know that it is going to be a fashion statement. Ahh, still thinking of Blair’s iconic headbands and Serena’s Parisian Chic looks. Which one was your favorite?

The original Gossip Girl brought a generation of young actors to fame, including Leighton Meester, Blake Lively, Penn Badgley, and Chace Crawford. And while some of them have loosely commented on the reboot, it’s unconfirmed whether any will return, though Schwartz has invited them to come back in some way, and Crawford has expressed interest: “I’d have to!” he said.

Also, Penn Badgley showed an ambivalent attitude saying that ” I would love to contribute”, but “it would just depend on a lot of things”, while Blake Lively is not “involved” in the production of the reboot, she told E! News at the premiere of The Rhythm Section in January 2020. She clearly stated that “she’s not taking part in the series in any way, shape or form,” E! reports.

This project is rather seen as an ‘extension’ of the beloved original series. There is not much information about it, but let’s be honest: Gossip Girl would be much more tech-savvy in 2020 rather than sending a mass text alert through to people’s old-school flip-phones.

Too Hot To Handle’s Harry and Francesca Getting Married?

Safran told Vulture that the new storyline will better reflect the diversity of youth in New York City (even if it the series still is still set amongst Manhattan’s elite), with “nonwhite” lead roles and “a lot of queer content.”

He also adds that: “It is very much dealing with the way the world looks now, where wealth and privilege come from, and how you handle that. The thing I can’t say is there is a twist, and that all relates to the twist.”

“There is actually a very different concept this time around, but we’re not telling you. And that made me be like,’sure, it’s 10 episodes. Maybe that’s all it’ll be, but I’m really glad to look at it in a new way. It’s different than most reboots.”

Unfortunately, it has not been announced any release date or official trailer yet, but we are looking forward to it as much as you do! Until any further news…

This article was written by Raluca Ristea, the Managing Editor here at The A-Z Bible 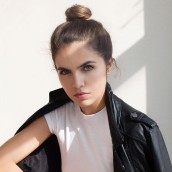