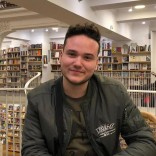 The European Broadcasting Union has delivered a verdict on the contest’s alleged cocaine use at Eurovision 2021.

Following the victory at Eurovision 2021 by the Italian rock band Maneskin, a small scandal came up.

A clip of the band went viral on the internet immediately after the final results were announced. In it, the band members  drink at their table, but the way the 22-year-old leadsinger Damiano David bowed his head in front of him led many people to speculate that he was snorting a line of cocaine .

The band’s members, led by David, vehemently denied speculation, saying that David was looking at the shards of a broken glass and making himself available to the organizers if they wanted to test them for substances.

Yesterday, following a brief investigation, the organisers of the competition submitted, without a doubt: “Following allegations of drug use in the Green Hall of the Eurovision Song Contest Grand Final, on Saturday 22 May, the European Broadcasting Union, as requested by the Italian delegation, carried out a thorough review of the facts, including the verification of all available videos. A drug test was also performed voluntarily today by the lead singer of Måneskin, which gave a negative result seen by us.”

“No drugs were used in the Green Room, and we consider the case closed,” they said. ‘We’re alarmed by the way some inaccurate, potentially fake news has overshadowed the spirit and outcome of an event, unfairly affecting the band.’

“We would like to congratulate Måneskin again and wish them a huge success. We look forward to working with our Italian partner Rai to produce a spectacular Eurovision contest in Italy next year.”

Måneskin, consisting from the very beginning some of the favorites to win the trophy, claimed victory for Italy with the play Zitti e buoni. They are the first band to win the contest since 2006. 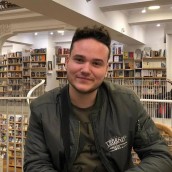